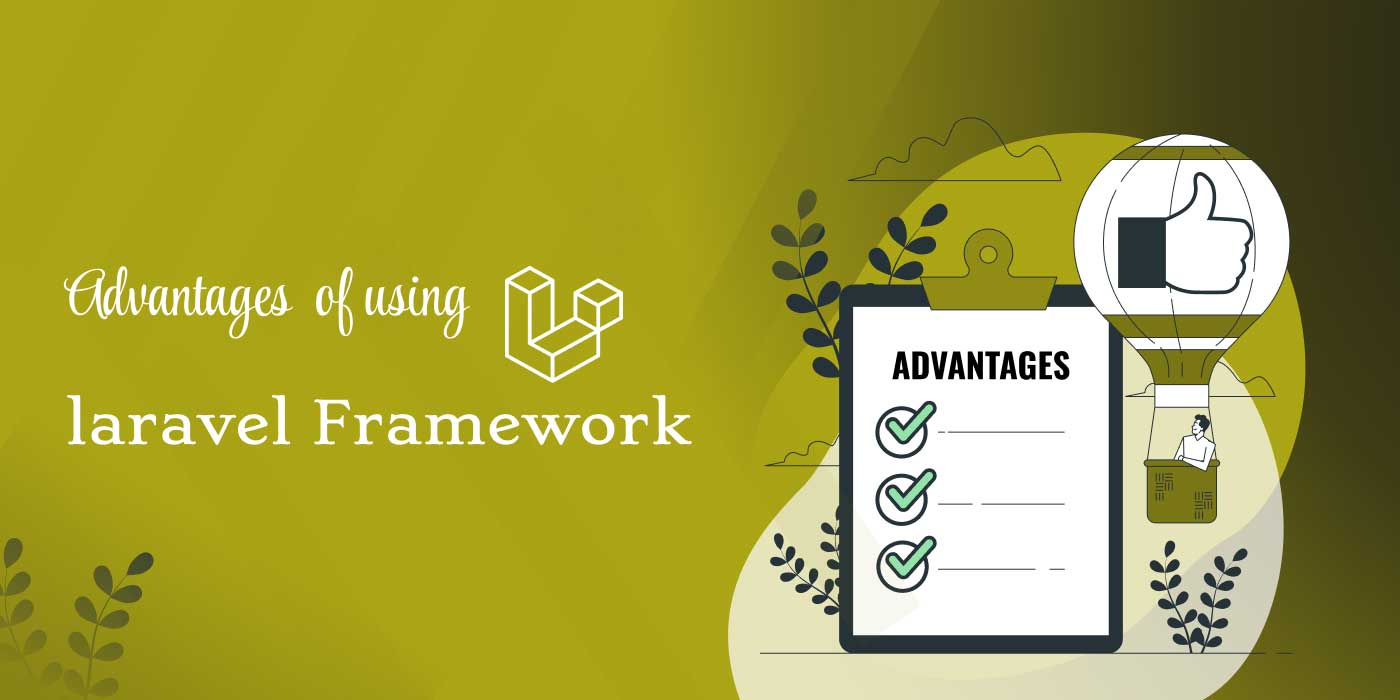 Laravel genuinely restores and improves the joy of PHP development. PHP developers are set to witness the next resurrection of the most well-liked server-side language of the web, thanks to Laravel development and community.

BENEFITS AND USE OF THE LARAVEL PHP FRAMEWORK

Web developers who are proficient choose or always go with the greatest technological options for web apps. It is simple to use a ready-made web framework or a complete CMS like Laravel. Some of the major advantages of utilizing Laravel for web development are listed below.

Developing Systems For Both Authentication And Authorization

Owners of web applications must always verify that users are who are they. As a result, the system guards against unauthorized users accessing protected resources. Implementing authentication should be fairly simple thanks to Laravel. Almost everything is set up automatically when it is purchased. The framework can also offer a straightforward method of arranging authorization logic and access to restricted resources.

Not only did an app need to be built, but a speedier app was also imperative. Revenue would increase as a result of this. One of the key actions done to improve the performance of a web app is integration with caching the available back end. Popular cache back-ends have been supported by Laravel out of the box. The default setting for the laravel framework is to use a file cache driver, which saves cached objects to a file system. Additionally, a number of cache configurations have been successfully configured.

Sending users emails immediate notifications after various events is simple with the mail service. It has been challenging to envisage a modern web application, for instance, without even a basic email informing a new user that their website registration was successful. The laravel framework is able to provide a straightforward and it also offers full support and drivers for a number of other services. This makes it possible for an app to start sending emails right away using a local or cloud-based server. Additionally, it supports sending notifications via a variety of delivery methods, including SMS and Slack.

User satisfaction and an app’s usefulness can both be greatly impacted by how a software app deals with or handles issues. The lack of an effective error handling system, would allow a user to conclude that the problem was with the app and uninstall it permanently. No programmer or developer wants to annoy or alienate their clients. Any new Laravel-based project already has the ideal configuration for error and exception handling. It also has a good level of integration with the Monolog logging package, which supports a number of strong log handlers.

Testing That Is Automated

How could anyone be certain that the software would function without any flaws, mistakes, or crashes without testing and verifying what a developer has created? And in accordance with the initial app specifications? When compared to manual testing, automation testing has been shown to be more accurate and less time-consuming. Laravel was developed with testing in mind as a result. In actuality, the PHPUnit module’s support for testing is built-in right from the start. Additionally, it offers easy-to-use helper approaches that enable expressive app testing.

A web page’s appearance can be readily changed by HTML layout designers and makers without involving coders because of this separation. Potential feature requests and other bug fixes will be handled more quickly by developers. This is due to the programming code for the app is properly segregated early in the development process. Separation is already complete because Laravel is an MVC framework from the ground up.

Resolving The Most Prevalent Technical Flaws

Security flaws are always present when a team is creating a web application. The most important web app security flaws are listed. These dangers include cross-site scripting, SQL injection, and other issues. Developers are expected to be aware of, not forget, and capable of resolving all of these problems prior to delivery. The Laravel framework contributes to the security of the web app by sheltering it from the most serious security risks. The codebase is zealously guarded, and it has undergone multiple rounds of review.

Configuring And Managing Tasks For Scheduling

Whether it’s crucial to email subscribers every morning or only when necessary. Any online application needs a task scheduling mechanism to take care of the jobs when the time comes, including automatic database table cleanup at the end of the day. Previously, programmers created a cron entry for each activity they needed to schedule, but this is annoying. Developers and programmers must SSH into the server to create cron entries because the work schedule is no longer under source control. One cron entry is all that is needed for the server thanks to Laravel’s command scheduler, which enables developers to expressively and fluidly define command schedules within the framework itself.

It has been demonstrated that a Laravel development community will produce cost- and time-efficient software. It is important that the framework is expected to continue to expand because of the substantial community it has built up and the ongoing assistance of specialists who are willing to assist users. Because of the framework’s popularity, it is easy to discover fresh developers and it is scalable.