Why do businesses choose Angular for developing digital products? 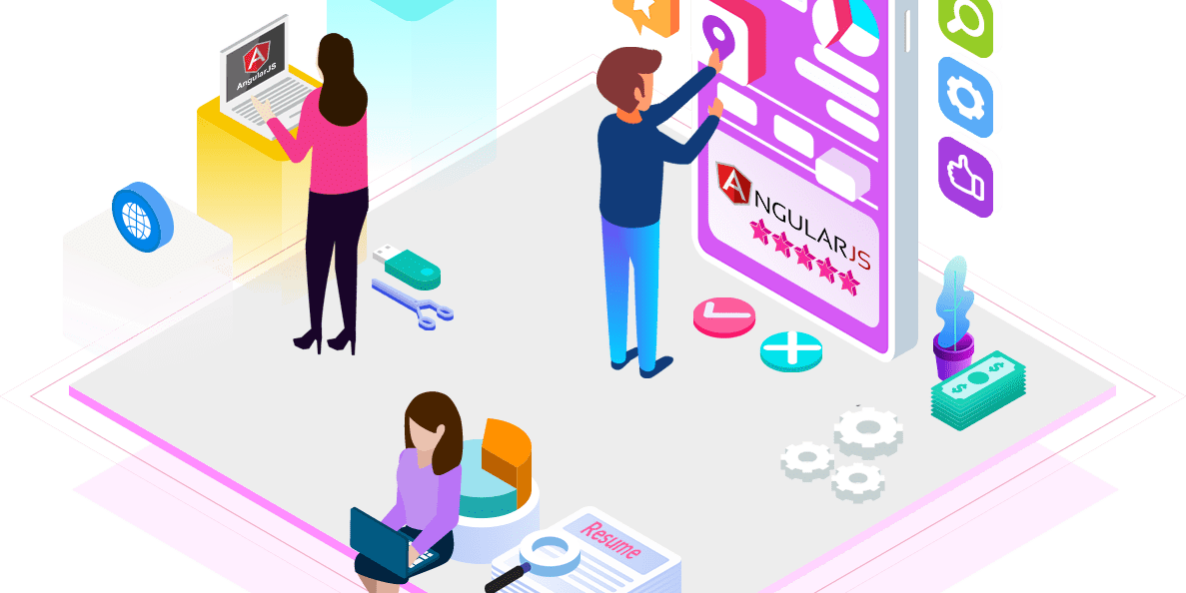 Why do businesses choose Angular for developing digital products

Introduced by Google, Angular has come a long way in making a mark for itself in the UI development scenery. The framework developed in Javascript is used mainly for developing mobile and desktop web applications. Angular ensures secure development by eliminating the need for unnecessary code. Using a simple MVC architecture, which makes writing getters and setters needless, also adds to the advantage of using the framework for developing applications.

So why is it growing in popularity and Why businesses choose angular JS for developing digital products, is something we are going to take a close look at in this article. Hire an Angular JS developer who knows the following work.

Angular uses typescript as its core framework. Typescript makes it easy for developers to

Besides, it also features autocompletion, navigation, and auto-refactoring services, making it easier to code.

The Angular provides a preconfigured, secure development environment.
The official libraries provided by the angular team are more than sufficient to cover most of your development needs. The inbuilt routing functionality, unit-testing environments, and other features make Angular one of the best coding tools out there for developing user-friendly applications.

Though the initial version did not consider this, the latest angular versions come with a modular code development structure. The feature makes it easier for developers to handle substantial code bases. Further, the development community also chips in to provide ready-to-use components cutting down the development time when the timeline is short.

Ready to use and well-tested UI components and modules that follow Google’s Material Design principles are present readily. The components include frequently used yet customizable modules such as navigation bar, menu, flyouts, indicators, and much more. The modules and components undergo rigorous testing to adapt to different kinds of browsers, and screens making the applications responsive in real terms.

One of the most popular and sought after features of angular is its code consistency. The framework itself is based on components. The component class uses the component and defines them with a component decorator. The feature is the core of creating modularity.

There is a wide range of benefits in using the modular feature of which reusability is the main feature.

The most popular feature introduced by Snapchat has all the users hooked into it. Stories are tiny bits of information shared by an individual entity to perk the curiosity of the user to dive deep into the topic.

Having a modular feature makes each component interface independent of others, improving code readability. Decoupled elements and components enable better implementations enabling efficient code maintenance. Hiring an Angular JS developer also is a big task. Now you have no issues just get in touch with us to learn more.